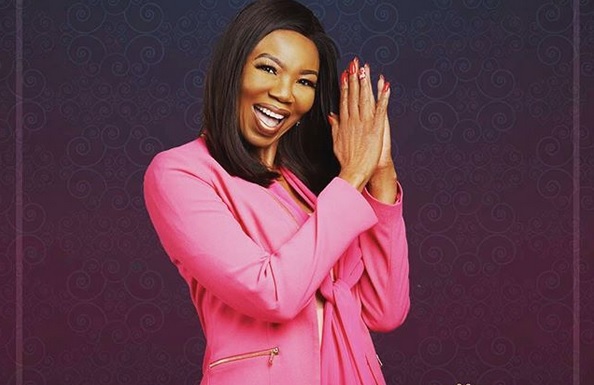 Unemployment in Nigeria is at a high rate and people are grabbing whatever they can lay their hands on, no matter how little the pay is. But someone got an opportunity and didnt act on it because he did not know where it came from.

According to Genevieve publisher, Betty Irabor, the person reached out to her for a job and when she asked HR to get in touch with him, he didn’t show interest and said he did not apply for the job. After finding out the HR invitation was from her, he’s now begging for an interview.

A guy reached out to me..2 degrees, jobless, broke. I askd HR to invite him for interv without disclosing my identity. HR sent guy a mail; guy didn’t respond. HR calld him but guy said he didn’t apply for a job & didn’t turn up 4 interview. Now he knows it’s me & wants an interv

Betty Irabor’s tweet has now opened up a conversation on the possible risks associated with job hunting in Nigeria.  With the state of insecurity in the country, and the stories of kidnap and killings, Nigerians are extremely careful in their search for a job.

According to the people who responded to Betty’s tweet, they pleaded that the job seeker be given another chance as he was only being careful, while some narrated personal stories.

In 2014 my poor younger hustling sister got such anonymous job interview invite somewhere in Ikeja, computer village. It was a criminal syndicate. She was robbed and beaten. Give the guy a 2nd chance pls

Got this in my mail that I should check receipt of payment that I know nothing about. It’s most probably a virus and I’m not planning on opening it. There are too many scams around. Please give him a second chance pic.twitter.com/GwXOBPgUC2

Co-sign. I was invited out of the blue to take a three hour test by some prestigious company, and never heard back from them. I discovered later they were just testing people to have on file to cover their nepotism. Wasted my time, talent and transport money.

Someone I know got an invite for an Interview for a job he didn’t apply for, we didn’t hear from him for a week after going for the interview. He was kidnapped, robbed, tortured and almost killed. All his savings taken, he was dumped in a remote village. You should have told him.

I don’t blame him. I once got a message to come for an interview where I didn’t send any application in the first place, I prepared and went for the interview. Guess what? I found out they are scam. They told me and other few guys that came to pay 7k in order to secure the job.

A friend got a call from someone claiming they were from me to come for immediate interview. I asked if my friend applied for job, my friend said NO! So I said don’t go! We put the person’s number in tru caller, turned out to be scam. People are leery. Too many phone scams ma.

I tell you. The professionalism of Scammer are top notch. I know like three persons who were scammed from this job seeking desperateness. They know job seekers are desperate. One was beaten and robbed. One entered into 419 team and was jazzed. Going there might lead you to death

Even me sef won’t go o… I’ve been tricked to come for an interview at idi iroko… Only for us to get there and we were told to pay 1k for registration. Some left but I paid..

It is well with Nigeria ?? o

A lot of people have fallen victim of anonymous calls for interview especially when you didn’t apply. Eagerness to get a job has landed some into big trouble. One of the locations for such is Mende, Maryland. He was just trying to be safe please don’t turn him away ma.

I really wouldn’t blame him for not showing up, even most of the job invite I got knowing I applied turned out to be either of this “train you to train people ” or “pay so so amount…. ” please give him a second chance ?

We can’t be too quick to judge. He was being cautious.
A lot of people have lost their lives/valuables for attending job interviews they applied for, not to talk of a random interview invite.
I’m sure if the identity of your company was in the mail, he’d def make his research..

A friend recently got a text to come for an interview she didn’t apply for, we (her friends) all adviced her not to go, issues of kidnap and robbery are crazily high and a huge target market is job seekers

Hi Aunty Betty, a friend of mine was almost kidnapped from a job interview she was invited for, she was heavily blamed for not ascertaining the recruitment company was real, no one was even saying thank God you are safe. Please don’t turn your back on him.

A friend of mine travelled from Ibadan to Lagos for a job interview. She didn’t remember applying but she thought it was one of the numerous jobs she applied for. At last, it was GNLD ppl.
Kindly give him a second chance

Ma, please don’t be completely disappointed, there are a lot of scammers out there, a friend of mine fell victim on about 2 occasions. It’s really hard to know which one is true

My Boyfriend Hunting Experience In Lekki