An Instgram user, Ebun has shared her experience of how she was hypnotised and robbed of over one million naira, so as to warn people from falling victim. Although, it is one of the commonest and oldest trick, Ebun says a lot of people are still unaware of this.

According to her Instagram post, Ebun was going to work that morning when she boarded a tricycle and sat in the middle of a male and female passenger. Soon, the male passenger, who was a foreigner brought out some dollar notes to pay the driver who refused to be paid in another currency but decided to help the foreigner after he explained that he has been duped a lot in the two days he arrived in the country.

Soon, the foreigner faced Ebun and the other female passenger and asked them to go with him to where the money would be changed as he doesn’t trust the driver. While Ebun refused to go as she was late for work, she didn’t know when the tricycle passed her office and she saw herself in a market and then a car that drove her to a prophet’s house, who told her many things about herself.

Soon, she had surrendered the sum of N220, 000. She went home and borrowed money from her friends and also carted her mother’s gold jewelries, her cash and her ATM card.

Read the full story below 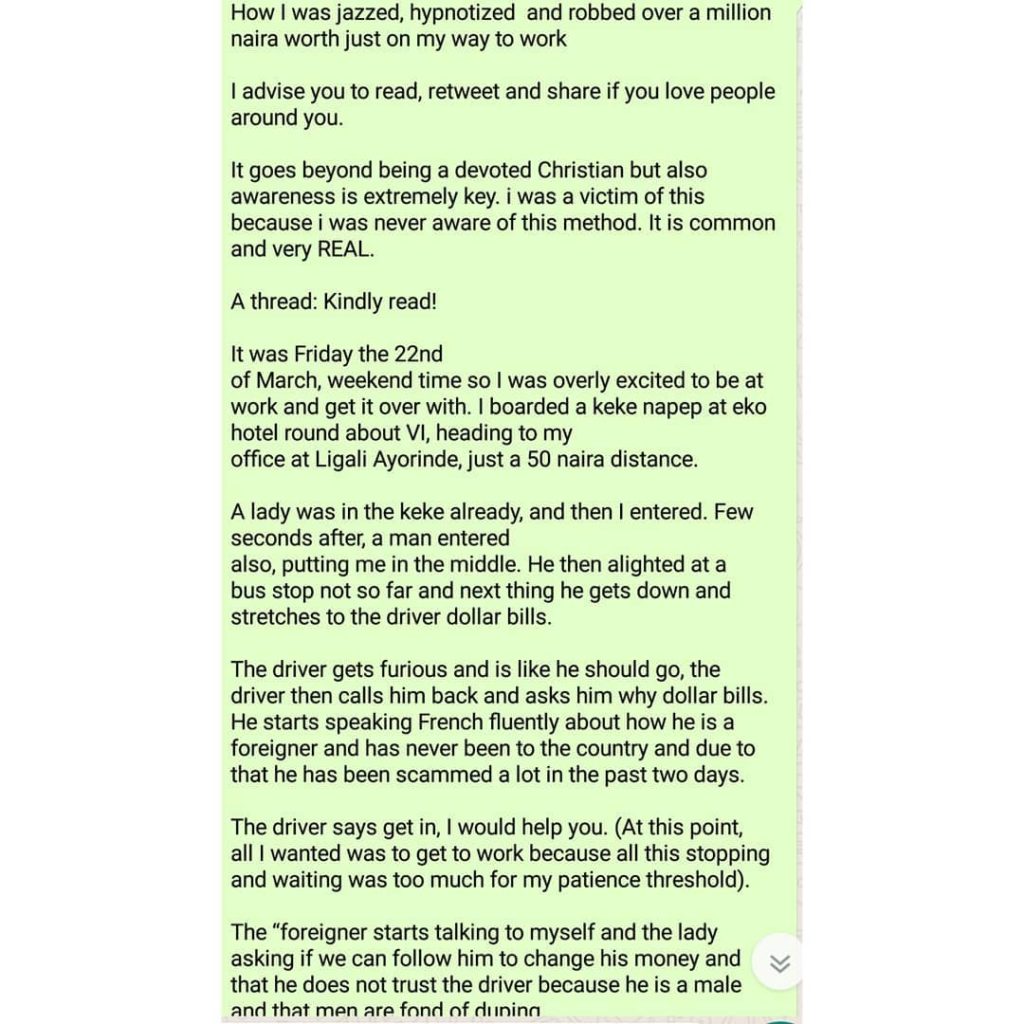 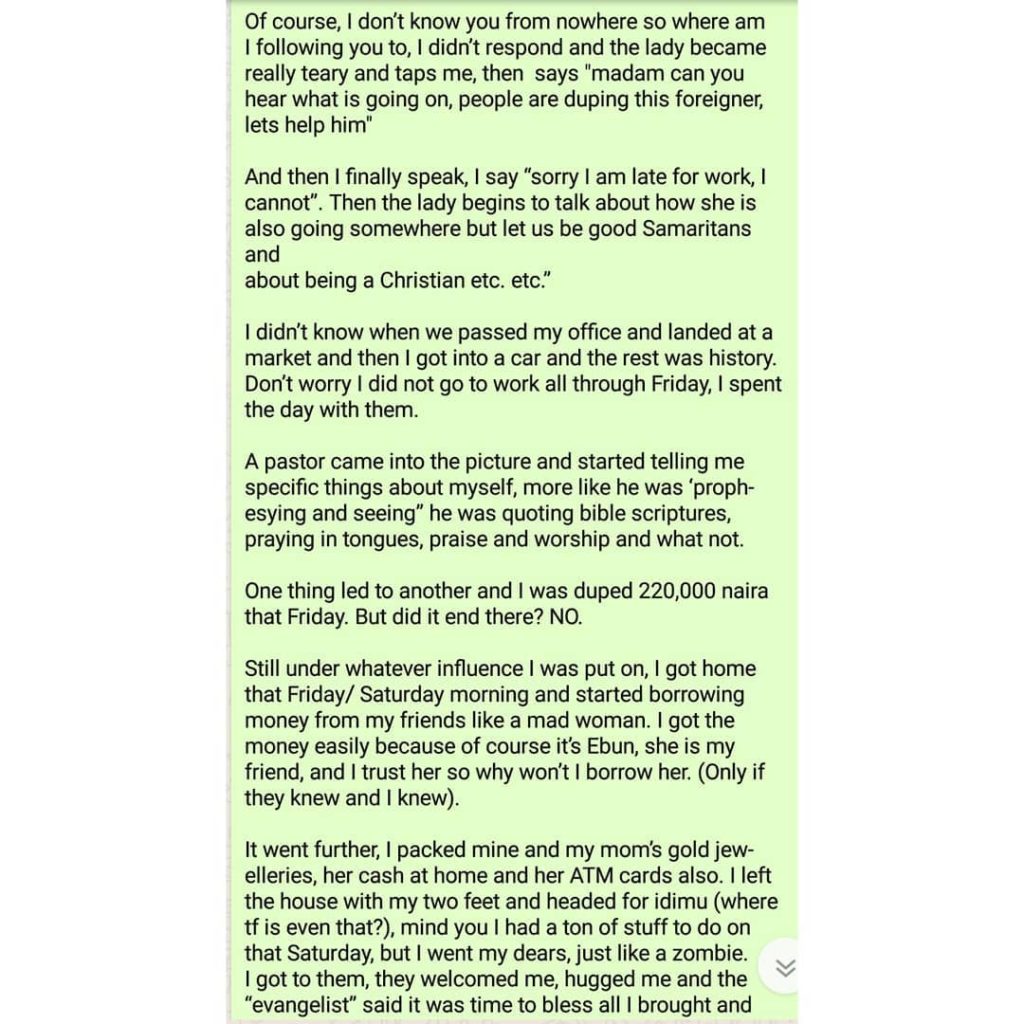 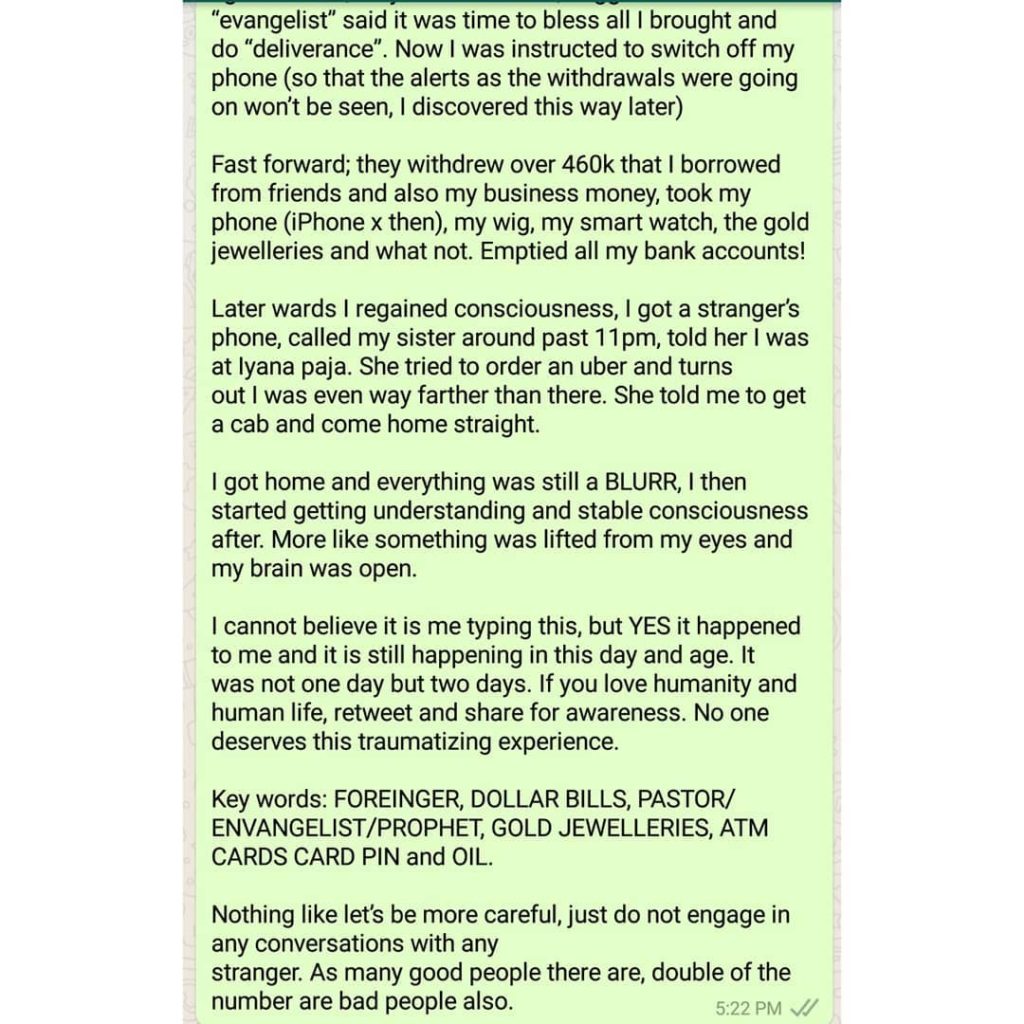 IT HAPPENED TO ME: Scammed By An Old School Mate While Planning A Reunion Party

If You Market Your Products On Social Media, Please Read This To Avoid Being A Victim Of This New Robbery Tactic