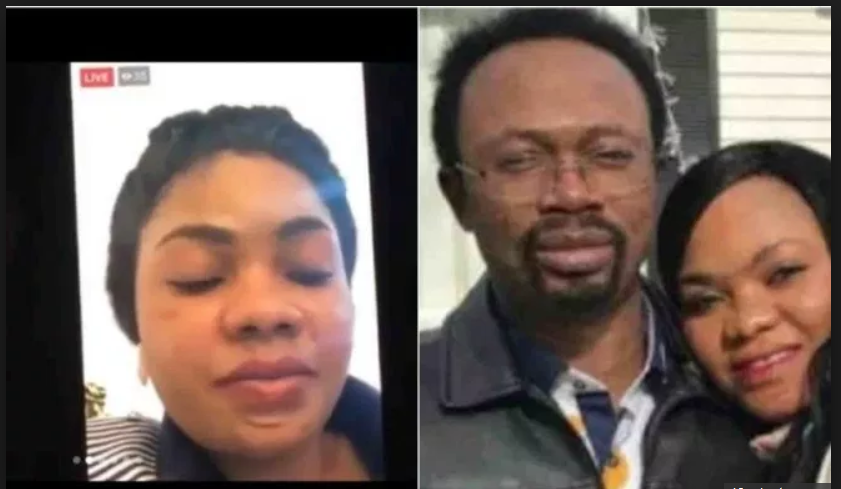 Few days ago, the founder of Champions Royal Assembly, Pastor Joshua Iginla, announced the end of his marriage to his wife, Yemisi, over infidelity on both sides.

The pastor shocked his congregation all over the world when he confessed that he committed adultery. According to him, he and his wife are guilty of infidelity in the marriage, which was started by his wife, before he decided to pay her back.

Noting the end of his marriage to his wife, Yemisi, Pator Joshua said that she had been blackmailing him since he another child outside their.

Yemisi Iginla has now responded to her husband’s confession, refuting the claims that she cheated on him. In fact, she challenged him to a test for their three children.

In the video released by Yemisi, she explained that her husband was involved with a South African rich prophetess, Stella Zimasa Ndamase Iginla, whom he got married to in October 2014. According to her, she is carrying her husband’s second child.

Noting Stella had been tormenting and asking her to leave her husband so that she could be with him, Yemisi said that her husband did not also inform her that he loves and wants to be with Stella.

According to Yemisi, if her husband wants to end their marriage, she’s fine with it, knowing that God will take care of them. Yemisi noted that she spoke out for the sake of the future and her children.

For Those Saying Ehi Ogbebor and Dabota Lawson Should Not Have Talked About their Painful Marriages On Social Media, Here Is Something To Consider

Does Anyone Completely Heal From The Pain And Shame Of Infidelity?