The 13th of March 2019 will remain an unforgettable day to Lagos residents as a three-storey building, which housed a school, Ohen Nursery and Primary School, and residential apartments, caved in around 10am.

According to reports, 10 persons, including four pupils, were allegedly pronounced dead following the collapse of the building on No. 63 Massey Street, Ita Faaji area of Lagos Island.

About 50 other persons have reportedly been pulled out of the rubble alive.

A resident of the area, Iya Segun, said the building collapsed because of its dilapidated state, alleging that government officials responsible for inspecting and certifying buildings for habitation had always turned a blind eye after being bribed by the owners.

The son of the owner of the building, Erinoluwa Akinmoladun, said the construction of the building was completed in 2010 by the developer, who was suppoed to manage it for10 years.

Erinoluwa, whose family was also a victim of the collapse said that his father had been rescued but was not sure if all his siblings had been pulled out from the debris.

But the owner of the building renovated it, added more structures and let it out without carrying out thorough engineering appraisal and integrity test on the structure.

PUNCH’s correspondent, who visited the Lagos Island General Hospital, said that no fewer than four pupils were brought in dead and 42 names were made available by the management as those rescued and responding to treatment.

A mother of three, Iya Sukura, whose children attend the school, said two were in critical conditions, while her first daughter was still trapped.

A man, Mr Yekini Ayoola, said his five-year-old grandson, Fawaz, was still trapped in the rubble of the building.

PUNCH’s correspondent also witnessed a scene where an  11-year-old pupil, Taofeekat Rasheed, was about to be wheeled to the morgue and her family insisted that she should be handed over to them for burial according to Islamic rites, but she suddenly showed signs of life as she opened her eyes faintly.

A cardio pulmonary resuscitation was carried out on her and she was immediately taken to the emergency room.

Due to the pressure on the Lagos Island General Hospital, many victims were being referred to the Massey Children Hospital and the Lagos University Teaching Hospital, Idi Araba.

The state Police Public Relations Officer, DSP Elkana Bala, said 50 pupils and eight tenants had been rescued, adding that only the medical personnel could establish their state of health and the number of the dead.

However, the zonal spokesperson for the National Emergency Management Agency, Ibrahim Farinloye, gave the figure of the dead as eight and those rescued alive as 37.

While comforting the victims of the building collapse, Governor Akinwunmi Ambode noted that investigations would be carried out on what happened and culprits would be punished accordingly.

After the building collapsed

The people working on the site of the building

So this man at the site of this building collapse in Lagos island is threatening to kill himself as he lost 3 of his kids who sat at home all through last week because of school fees only for him to take them to school today, pay their fees and they all die

Idowu age (2), d last born of the woman who sell drinks at my warehouse in Lagos island was among d dead. Sad day for all who lost loved ones. https://t.co/mQI5PRcTRo

It's a tragedy day. I doubt if any occurrence could ever record higher casualties across the world today.

Things are getting worse and we seem not aware because the evils and the occurrences have not yet knocked at our doors.#lagosisland#LagosBuildingCollapse pic.twitter.com/MJEnNYjRK7

It's often said of the military that "For our tomorrow, they gave their today". But for school kids caught in the Itafaaji #LagosBuildingCollapse, it is a case of "For our today, we robbed them of their future". My heartfelt condolences goes out to all those who lost a love one🙏 pic.twitter.com/uJSM1jqx1M

I lost a friend in that building. May is soul rest in peace #LagosBuildingCollapse

I hope you will remember this video when the government starts demolishing illegal houses 😭😭😭#LagosBuildingCollapse pic.twitter.com/mvola1qryw

If you can donate blood to the victims of the Ita-Faji collapsed building, kindly come to Lagos General Hospital now. #lagosbuildingcollapse #Lagosisland #Lagos pic.twitter.com/E3Ebr6i2vF 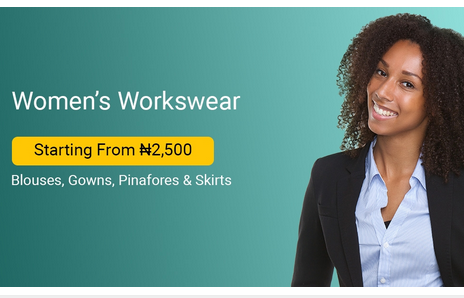