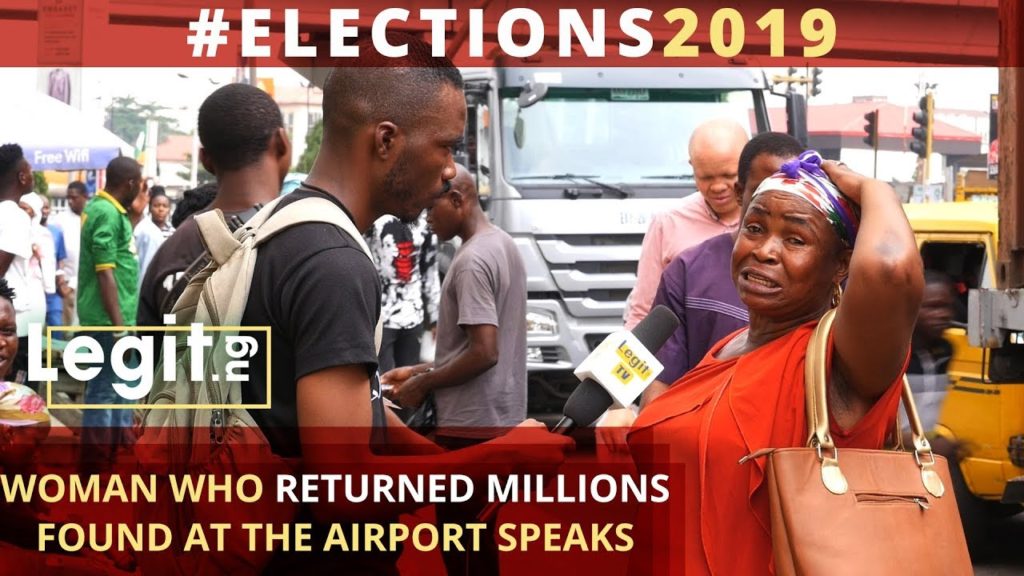 In 2015, Josephine Agwu, a cleaner with one of the cleaning concessionaires at the Murtala Mohammed International Airport in Lagos, went viral after she returned the sum of N12million to the owner.

Her story generated a lot of conversation as some praised her, while some called her names for integrity.

Following the event, Josephine’s employers increased her salary from N7,800 to N15,000. The Federal Airports Authority of Nigeria also promised her an automatic employment.

In a recent interview with Legit TV, while lamenting about the state of the country Josephine spoke on how she would have been well rewarded if it were in other countries.

I am someone people know all over the world today. Nobody in Nigeria did what I did. I returned some lost money four times. I’m a cleaner at the Murtala Mohammed International Airport. I have returned N12m, N10m, N8m and N7m. I have only been given employment by the Federal Airports Authority.

If it were in other countries, I would have been made an ambassador, telling youths that honesty pays. But the (government) closed it… nobody remembers it.

But I am happy, I know that God will repay me. A good name is better than silver and gold because wherever I go, I will be recognised and people will know that I can’t take what does not belong to me.

Doctor Okolo Oteri Eme Was Overpaid Her Arrears By 2.1 Million Naira. She Refunded It