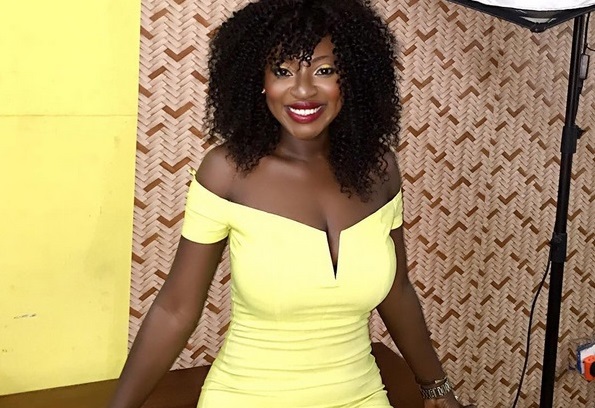 Nollywood actress, Yvonne Jegede will not allow anyone bully her because they see her as a role model.

For Yvonne, she explained that people should rather see their parents as their role models rather than someone they barely know. According to her, everybody has their own battles and if your parents can’t be your role model, then you shouldn’t place that responsibility on anyone else.

I have no idea why a total stranger is your role model (someone you’ve never met), people have their demons and life issues to deal with. but if there are some people who inspire your work, skill or maybe fashion sense, I can understand. If you cannot see your parents as your role model, then, there is something wrong with your family/upbringing. Don’t stress people out concerning the mistakes your parents couldn’t fix.

So, if your parents cant be role models, why stress someone else out who you don’t know at all. My dad isn’t perfect but he has and still is my role model. the good part of him, I admire and I want to emulate, the bad ones, I ignore.

Is it not better to know who you want to mentor you than someone you have no clues who they are before they came into limelight? If you want me to be your role model, you adjust to my lifestyle because I won’t change who I am because of one nitwit I have never met before.

But no matter the issue one has with their parent, they won’t come online to abuse them. But everyone is quick to jump to insult someone who lives their lives the way they want.

If your parent cant mentor you, that is your loss. That is the problem with your upbringing. My father is all I need to look at and the world is a better place.

The role model thing is making people bully one in the name of you must live the way I want you to. So how I role model you when you already know everything?

Your parents aren’t perfect? You have uncles, aunties, clergies you know personally. Go to them for mentorship.

Let’s Talk About It: If We Are Not Asking Ebuka Where He Got Money To Buy Expensive Shoes, Why Are We Asking Toke Makinwa?