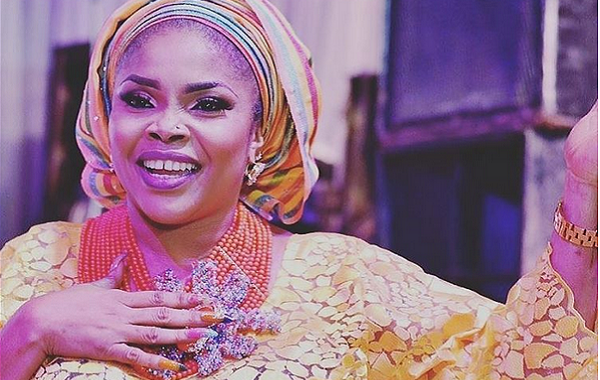 Nollywood actress, Lola Alao has won the custody case over the two children of her late friend and colleague, Aisha Abimbola.

In a video on her Instagram page, Lola, who was taking the children to school at the time of the video, extended her gratitude to everyone involved in making the victory happen for her and the children.

The actress also advised both men and women to be there for their children irrespective of their relationship with their partners. According to her, “we should always try and be there for our kids. It’s good to know your kids”.

Online reports said that, shortly after Aisha’s death and burial, a battle between late Aisha’s estranged husband, Victor Ibrahim and Lola Alao as to who would claim custody of the children started.

It was alleged that Victor Ibrahim had not been in good terms with Aisha when she was alive. He also did not have a cordial with the kids during the lifetime of their mother.

Meanwhile, Lola, who is also Canada-based was the one taking care of Aisha when she was ill, so, Aisha made Lola her next of kin and also asked her to take custody of her children if she died.

Months after Aisha’s death, the Canadian authority demanded that Victor give his approval to Aisha’s wish and endorse Lola Alao as the guardian of the children but he refused. His refusal led to the court case, which was finally won by Lola Alao.

“I Did An Informal Survey And Asked A Number Of Women “Are You Happy?” Sadly Over Half Of Them Either Said NO Or I Don’t Know” – Lami Phillips

Sunmbo Adeoye Chose To Be Happy While Waiting, And Her Miracle Found Her!