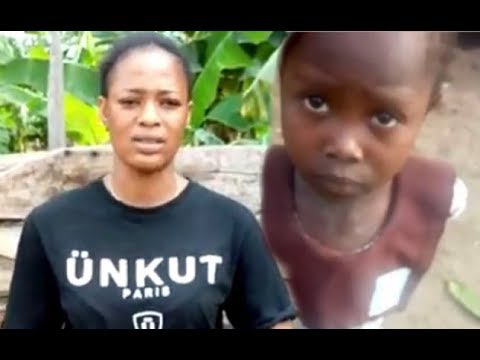 The 23-year-old graduate of Public Administration from the Auchi Polytechnic, Stephanie, who recorded the video that made Success Adegor go viral said she was shocked about the attention the video got.

Stephanie, who lives in the same compound as Success’s family, was running an errand when she ran into Success and recorded a video of her just for entertainment. But when she posted it on her WhatsApp status, people started asking for the video because it was funny. She also uploaded it on her Instagram and Facebook accounts and the video went viral from there.

However, Stephanie said that, as the initiator of the video, she has not received any show of appreciation from Success’ parents.

In a chat with PUNCH, Stephanie criticised Success’ mother for allegedly hiding things from her since her daughter started getting famous.

If you call Success’ mum now, she will tell you that the Sapele LGA chairman has given me money and that people should not give me any money. She told me that the money in her account was N700,000, not knowing that the money in the account was more than N5.3m, which good-hearted Nigerians have given them.

That is why I am angry with her. I didn’t tell her I wanted to share the money 50/50 with her. She should have told me the truth. I don’t really understand why she was hiding everything from me. She told me that she would give me N400,000 from the N700,000. I didn’t do the video because of money but since money is coming out of it, I should be carried along, rather, she started hiding everything from me.

My parents have asked me to forget about it. I even promised to help Success speak English and dress better. The local government chairman said if they don’t want to give me money, I should forget about it but it is not supposed to be like that. They were not even sure of getting N100,000 all through the year but now that they are swimming in millions, they want to give me N400,000. I have decided to leave the money with them.

“The LG chairman has said I should summit my CV, which I have done. If I don’t get a call from the local government, I will have nothing to show for my efforts. I believe my helper will come. I am a graduate. As we speak to you now, I don’t have a dime on me. I think she’s being greedy, but my parents have advised me to leave the money issue.

“I Sponsored Our Wedding. I Even Lent Him Money To Pay My Bride Price”- Woman Says As She Seeks Divorce From Lazy Husband

Toke Makinwa Is All Out To Make Sure A Certain Deadbeat Father Pays! He Has Messed With The Wrong One!