Singer, Simi is urging pastors to be careful of what they preach, knowing that people always believe and obey them.

This advice came after Lagos pastor Kingsley Okonkwo shared a message on his Instagram page where he was talking to women about sexual responsibility.

According to him, there are so many single women out there because men are sexually satisfied. He explained that if women deny men of sex, then, men will have no option than to get married.

“…Men wants sex, not relationship. God put so much sexual passion in men, expecting that women will obey him by doing ‘access denied!’ so that when he wants so much sex, he should marry. So, he will give you what you want and you will give him what he wants. That is how God planned it. But many women have been sabotaging themselves. So, you have been giving it out to the people that didn’t put the ring on it. this is why we have so many single people because a lot of guys are sexually satisfied”  pastor Kingsley Okonkwo said.

But Simi is annoyed by Pastor Kingsley’s teaching as she cautioned him on what he tells people. According to her, saying that God put so much sexual passion in men to excuse their bad character of having multiple women is not good.

She explained that women get tempted and also make mistakes too, while noting that both men and women should take full responsibility for their actions.

Meanwhile, Simi’s response to pastor Kingsley’s video has generated a lot of conversation as some think that her comment was unnecessary while others think that she is right.

What are your thoughts? We want to read from you. 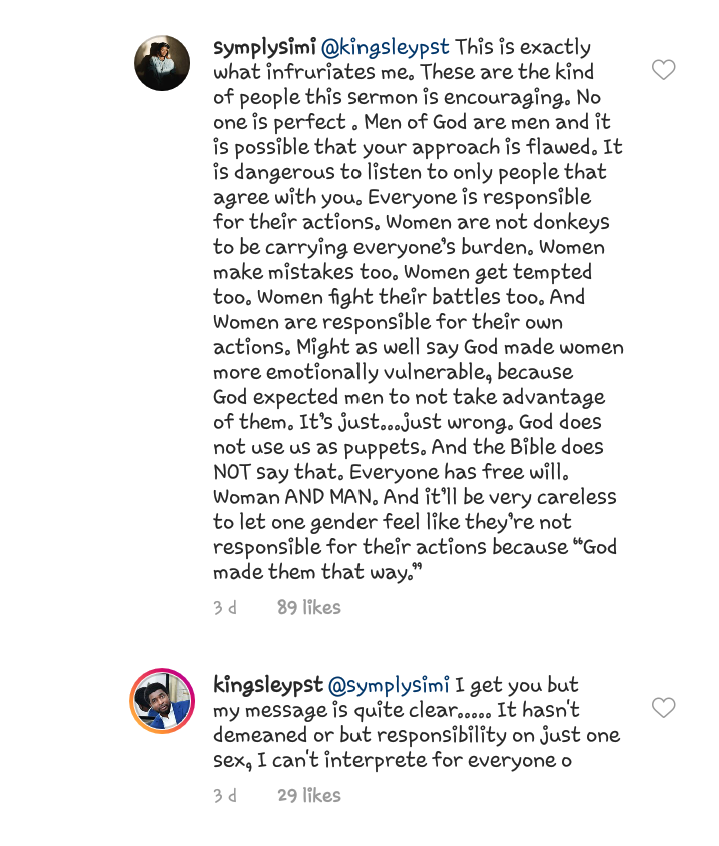 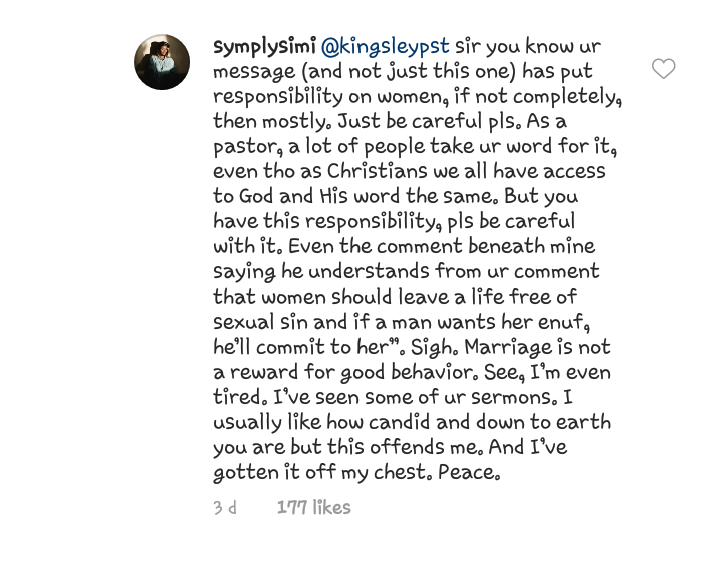 What Shall We Say Of These Single Women Told To Choose The Men They Like During A Church Service?