??‍♀️?? For women who want to thrive in spite of life’s difficult circumstances–> @dearyoungnaijawoman 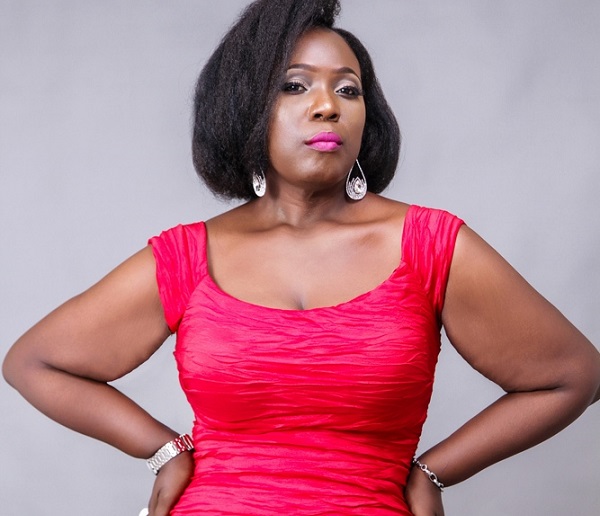 Some days ago, singer, Waje talked about quitting music because she isn’t getting as much as she puts into it in terms of money. Following her revelation, a lot of people have shared their opinions about it; sadly, some of these opinions were really heartbreaking.

Reacting to these opinions, commedienne, Lepacious Bose shared her thoughts on the hypocrites and depression.

When you don’t speak up and you die of depression or encounter other crazy issues, they say SPEAK UP, DONT DIE IN SILENCE!

When you do speak up, they turn you to a point of ridicule and bitch at you both behind you and in front of you.

As entertainer being popular is what pays the bills , if not am sure some “celebrities “ would rather keep to themselves. However these days, everyone is a motivational speaker talking about hard work as if the others are playing ludo at home.

So @officialwaje spoke up and I cried when I read some of the comments. Waje is a bundle of talents, the girl can hit some crazy notes; Waje and music are intertwined…..so you think it’s easy for her to reach that decision? Oh you think she’s looking for pity? Some ignorant people even said she’s broke…really? Because she chose to stop swimming against the tides? We take so much joy in stabbing our wounded soldier to death in this country. Oh the story would have been sweeter if we had read it from a gossip but as she said it with her own mouth there is trouble.

So @charles_okocha was seen in a public transport yesterday and people ALSO IN PUBLIC transport were making fun of him; for what exactly? for not borrowing money to take a flight? For not driving his private car for reasons best known to him? Billionaires declare bankruptcy abroad and no one hangs them, but the word compassion does not exist here. We are quick to laugh at people and label their career dead.

When Nomoreloss died, I ranted about how no one tried to help until it was too late and some people accused me of looking for attention lol….truth is entertainment industry is the toughest to survive in all over the world, but here it’s almost like people hate you for it.

@victorad went to perform in a school and they are dissing him for not having a Benz like seriously?

Please note that no matter what you see, hear, read on SM, not every artist is swimming in luxury and it’s nothing to be ashamed of. All that glitters is not gold. Shout out to those struggling to swim against the tides, na una bi the real survivors and don’t let anyone ridicule your hustle just because you are not where they “think” you should Be.

Then when you finally die from the depression, or suicide, or some sickness they did not help you with or whatever it is that cuts a life short and aborts your destiny.

Then the vultures come out and post long eulogy about how fantastic and talented you were, about how you are such a great person blah blah blah…. actually you die at 9am, they read it on social media at 9:10am they quickly make a long heart touching post at 9:15am and by 9:18am vanity takes over they start posting about themselves again, beautiful pictures in great setting and etc it’s almost like an addiction; they can’t even mourn you for 12hours, vanity wont let them.

Some will even come for the funeral and actually post a video of themselves crying at the funeral! Really? Like seriously? Even in death you have to use it to pull a stunt and to what end?

So it’s the next day, they have forgotten you, your old parents you left behind and even your struggling kids; and once in a while when they do,it must be with a handy camera. I mean why help someone if we can’t post it, why give people food if we can’t video it, why buy something for your parents if we can’t tell the world; after all your parents told the world when they were sending you to school.

Why do any act of kindness when there is no publicity gain?

By the way, is it possible to start work in a bank as a fresh graduate and earn the same thing as the manager? So why do people compare the financial status of artists and celebrities? I don’t get it.

I have friends who have been married for 5,10 even 15 years without a child tried IVF a zillion times (which by the way is a traumatic experience) yet Adesuwa’s marriage is less than 2 years and womb watchers won’t let her be!!! It’s almost you are being hated for daring to achieve, 1m followers and 980 are actually following you because they hate you so much and they want to be the first to know when you go down!

Depression is real my foot; you all won’t know depression if it’s all dressed up in yellow dancing in front of you with a glass of champagne and screaming I am here. Oh talk to someone they say,only to find the person you think to trust to tell is actually your enemy. Msheeeew

They Said She Wouldn’t Be Able To Talk And Walk But Jlissa Austin Did All That And More!

“I Faced Depression. I Battled It And I Won. You Can Win. First Thing To Do Is Not To Let People Define Your Happiness” – Kaffy