Everybody is talking about Brexit. Even my kids now have an opinion on what should happen. However, these debates have been going on for over two years now and much as I enjoy discussing politics, I have officially become a BOB (a person ‘Bored of Brexit’). I am not bored of discussing what will happen when the historic divorce happens because it will affect us all a lot more than some people realise. Let me start with a super-brief overview of what the European Union (EU) is. I will then try to explain what is happening using the analogy of a couple in a relationship (my favourite topic!)

When the Brexit vote was taken in the UK over two years ago, I was one of the people who voted for the UK to leave the EU. For those who may still be unclear about what Brexit means, it is an acronym for ‘Britain Exit’. Britain became a member of the European Community (EC) in 1973 for the perceived economic and financial benefits membership would bring. The EC morphed into the European Union (EU) in 1993, and it systematically grew to a membership of 28 countries in Europe. Along with the institution’s size came a lot of political, economic and legal power, meaning that member countries enjoyed the benefits of membership, as well as forfeited their sovereignty in certain areas  e.g. making law on fisheries, the environment, agriculture, telecommunications, employment law  and autonomy in making trade decisions. On 23 rd  June 2016, the UK public, through a referendum, decided  to leave the EU.

To make it easier to understand, imagine this analogy from the point of view of someone who supports Brexit: You are in a marriage and things are not going well. In the beginning you could decide where you shopped and who you shopped from, but your spouse decided that they would make that decision for you, for the sake of fairness (The Single Market). You used to be able to discipline the children the way you thought best but your partner and relatives  now make those decisions for you, even if their style of parenting doesn’t suit you ( EU makes laws on some issues). Your partner regularly uses joint funds to help your lazy relatives on both sides, to the point where you are unable to invest as much money in things that you need because of the their monetary demands (bailing out Greece and Spain from financial ruin). One day, you decide to leave the marriage and go it alone. (Over 17.4million UK citizens voted to leave the EU)

However, continuing with the analogy, imagine that the marriage was one where both partners were happy with one of them dictating to the other. The one who made decisions always tried to ensure that their partner could enter good business deals. To ensure that they got on with their relatives, he made all the decisions concerning certain issues in their lives. In fact, the couple and their relatives all depended on each other so much that they seemed to be one big family, with the richer ones supporting the poorer ones, and almost everyone visiting the other without calling first (open borders in Shengen (EU) countries).

Why would anyone want such a relationship to end? (almost 16.2 million people voted for the UK to remain a member of the EU). We are now in 2019 and the extended deadline for the actual divorce looms. People who voted to remain in the EU (Remainers) are doing all that is possible to frustrate the withdrawal (leaving)  agreement as they do not want the UK to leave the EU. Those who voted to leave the EU(Leavers) are fighting back and are prepared to leave the UK with no withdrawal agreement. The UK parliament is having problems of historic proportions in trying to agree a deal with the EU that will satisfy all. The EU is also making the process incredibly difficult, with the hope that by frustrating the UK Parliament, it will change its mind and remain as part of the EU.  Arguments are being made for and against the divorce, with both sides making very valid points.

Fine! Enough of British politics. How does any of this affect me?

When (not, if) Brexit happens, the UK will be able to do business with any country in the world without EU restrictions. That will include developing/ tiger economies like ours in Nigeria. Countries like China and India are indeed tigers, as they are crouched and waiting to jump and make a killing once the doors to all trade deals are thrown open by the UK. The UK’s prime minister made a number of strategic visits to many countries in the last two years, fact finding and looking for possible trade partners. Some saw the significance of the visits, while others did not even notice.

Those who are at the forefront of business and entrepreneurship in Nigeria understand what is about to happen and have started to prepare and strategically place themselves, ready to tap into opportunities when they arise. If you know, you know!  Some companies in Nigeria have started upskilling their staff and receiving training on UK standards to make their business/ services/ products fit for the UK market. Some business Gurus are even travelling abroad to sneakily copy production and manufacturing ideas and secrets from manufacturers in China and India with the hope of using such ideas to improve their products and services and divert some trade to Nigeria when the time comes. How many ordinary Nigerians are aware that these opportunities are going to come and how many are preparing for them?

I am not an entrepreneur and I have no business sense whatsoever. I have been duped in business so many times, it is embarrassing to count!.  However, I do have something to prepare for this big change coming: I have young minds. My children and all young people I come across both in my private life and at work continue to hear my preaching on getting a solid education as a starting point for the future. These kids are studying for jobs and careers that have not yet been invented in a rapidly changing world. They will be the ones to invent, create, discover and lead in this approaching new dawn. They must open their minds, see what is happening around the world and study hard. They must go above and beyond and continue to develop their skill set so as to remain relevant, unique and adaptable, as the future is guaranteed to bring a lot of change.

Brexit might seem very far away from sunny Naija, but we can benefit from its outcome. Indeed, we must continue to prepare ourselves through academic and vocational skills development to be able to tap into economic and political changes around the world. Let’s not waste time criticising ‘Remainers’ or ‘Leavers’ in the UK. Whatever happens, the UK will weather the economic and social turmoil as best as possible and it will make the best of its mlot, much as people tend to do after an acrimonious divorce.

BTW: I don’t know why EU leaders were shocked by UK’s decision to leave the EU. When your wife refuses to wear a ring, be seen with you in public or change her last name, perhaps she is preparing for a quick exit? Don’t forget that the UK refused to adopt the Euro as its form of legal tender. 19 members did, with the other 8 pledging to do so soon. The UK never made any such pledge. The signs were always there. 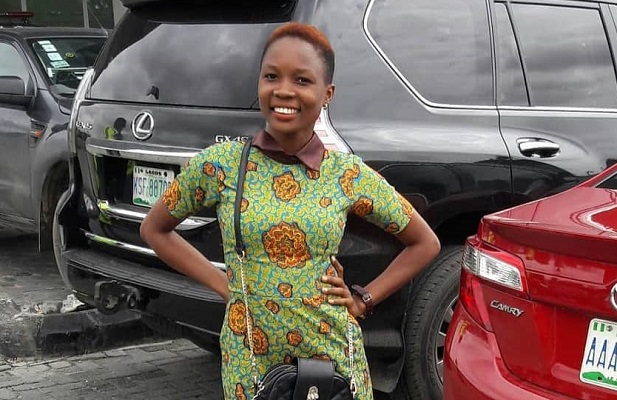 5 Life Lessons I Learnt From Cutting My Hair