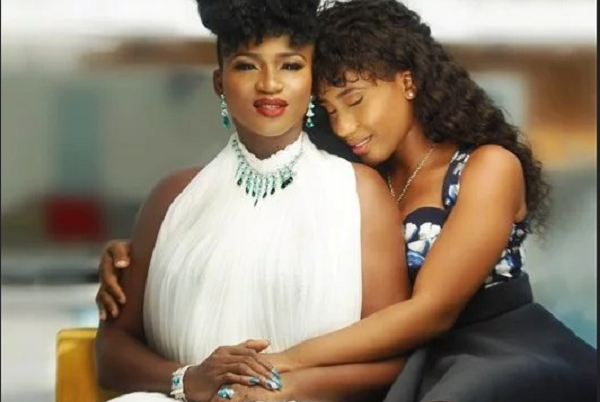 Singer, Waje is one of the happiest mothers in the world today. Her daughter, Emerald clocked 20 years old on the 27th of March and the singer is celebrating her birthday with a video on the birth of her daughter and the relationship they have.

In the video titled, “The Truth About My Daughter” Waje confirms the popular opinion that parenting is a full time job, noting that she was just a young woman when she had her daughter.

“….I remember when I had my daughter, I was pretty much a kid myself. there was no manual to tell me this is how to do it or these are the things to do. I just knew that God had given me somebody that I now had to provide for and it became my job,” she said.

While having a chat with her daughter, who is now in the university and is telling her mum how overwhelming school is, Waje says she recalls everything she’s been through with her daughter as a family.

“I remember when she was born, my mum took me to the hospital that morning because I had already started having cramps. It was a long labour for me but I remember that when I lay down on the bed, there was a Reverend sister and she came to me, looked at me and said what’s wrong with me. I told her that my belly is paining me and she said, ‘you, you are calm now.’ because I couldn’t scream, the only thing I did was go and box the wall every time the pain came because that’s the only way I could let out the pain. So, I needed to use the bathroom and as I sat on the seat, I felt like something was coming out of me and I started screaming and the matron called for the stretcher. Before you knew what was happening, Emerald came into existence,” she said, narrating the birth of her daughter.

How Motherhood Is Making Tonto Dikeh Eat Her Own Words

“Motherhood Has Slowed Me Down But Does It Matter? I’d Say No, It Hasn’t Slowed My Life Down” – Mercy Johnson