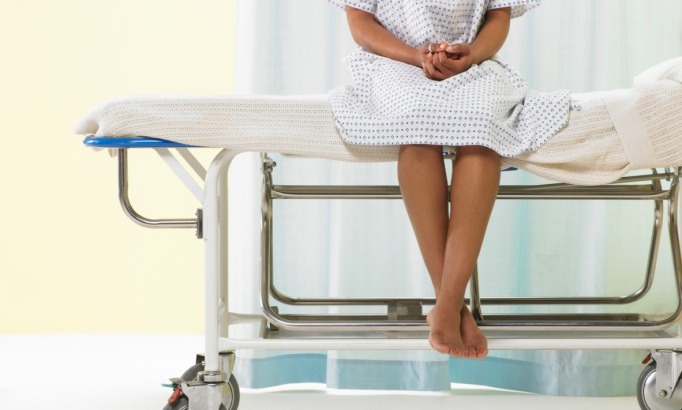 UK-based Nigerian mom, Adetutu Balogun is grateful to be free from ovarian cyst that nearly cost her life.

After series of examination and surgeries, Adetutu was placed on a close monitoring as the cysts and its symptoms she was experiencing was similar to later-stage ovarian cancer. After 10 years of monitoring, Adetutu was called by her doctor that the remaining cysts in her ovary are functional ovarian cysts (harmless).

Ten yrs ago today, l was on my bed & suddenly l became paralyzed. I was unable to move or speak. Miraculously, my son came to my room, he thought that l was sleeping in d dark. He said mum are u sleeping? I couldn’t move or reply him. For some reason he turned the light on…

Then the commotion started, he saw that my eyes were opened but l was not responding. He ran downstairs to get his dad. Emergency services dispatched a motorcycle responder & an ambulance, on the way to the hospital l became unconscious.

When l became conscious again, l was lying on hospital bed, with many gadgets attached to my body. l told the doctor that my abdomen hurts so much. The doctor recommended a colposcopy immediately. In my head l was thinking what is colposcopy?

During this examination the specialist realized that I had an ovarian cyst that ruptured, and l was told straightaway that it looks very much like the cyst is pathological cysts because it was blocking blood supply .

And symptoms l was experiencing was similar to later-stage ovarian cancer. The doctor said that the risk of a cyst becoming cancer is higher in people who have been through menopause.

As you might imagine I was really shocked and scared and lots of thoughts went through my mind. I told the specialist that that l started Peri-menopause, just few months ago… he said more tests were needed first.

I spent weeks in hospital, on my sick bed, I prayed and asked the Lord for strength, guidance and healing. This very much became my way of life over the next couple of weeks; praying and reading the Bible for guidance.

At the same time, I knew that my sisters kept me in daily prayer and showed a lot of love and support in both spiritual and practical ways. Lil husband went to stay with one of my sisters.

One scripture which guided me through my low moments and really helped me was: Matthews 19:26 “With man this is impossible, but with God all things are possible.” All test for cancer came back negative.

Few days after l was admitted, l fought a battle in my dream… l woke with a swollen jaw like mumps. Few days after, the nurse spotted discoloration around my jaw. After examination, my doc said that abscess are forming in the lump.

He spent two days pressing the pus out through my mouth A week after, the lump went down. My second colposcopy revealed more smaller cysts, which the doctor told we need to monitor. After surgery and treatment, 2 weeks after l was discharged, then the monitoring started.

In the last 10 years, l had 20 colposcopy. After 10 years of monitoring, this morning my doc concluded that remaining cysts in my ovary are functional ovarian cysts. (harmless) Jehovah-Rapha is still in the business of performing miracles. I am a testimony of God’s healing.