From a women-focused community on social media to planning Africa’s largest financial services platform for women, Herconomy is leveraging fintech to empower women. 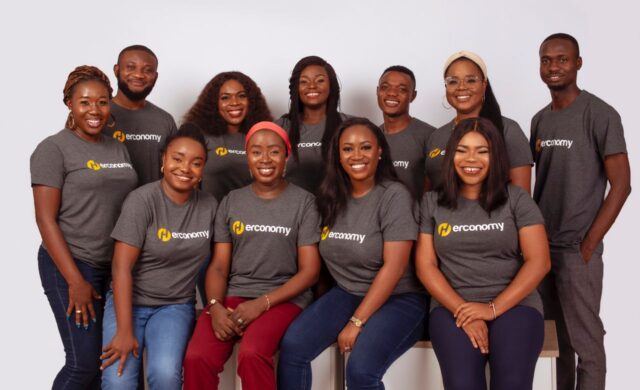 Women account for half of the world’s population but are faced with more hurdles in accessing financial products and services that can improve their well-being and economic empowerment. UNCTAD, based on the World Bank Financial Inclusion data, estimates that while 72% of men globally had a financial account in 2017, only 65% of women did – a gap of 7 percentage points).

In Nigeria, this gender parity is a concern even though financial inclusion has progressed over the years. According to EfiNA, a financial sector development organisation that promotes inclusive finance in Nigeria, only 15% of women (compared to 27% of men) were banked in 2008 (a gender gap of 12 percentage points). By 2018, 33% of females were banked but the gender gap had worsened to 13 percentage points. In the Global Gender Gap Index 2020 rankings by the World Economic Forum, Nigeria ranked 128 out of 153 countries emphasizing the economic disenfranchisement of women. Given the urgency in bridging the gender divide and enhancing the quality of life for women, policymakers and the public and private sector have continued to collaborate on many fronts.

For Herconomy, Africa’s first women-focused digital platform, changing the course of the financial exclusion narrative and underrepresentation of women in the economy will require a frontline and hands-on approach. Formerly AGS Tribe, the female-focused organization has repositioned itself as a financial technology (Fintech) service provider to democratize economic opportunities for women and even the financial landscape. “We decided to rebrand this year to Herconomy so the essence of what we do is easily communicated,” said Ifedayo Durosinmi-Etti, the founder and CEO of Herconomy. “We understand that when the life of a woman is positively impacted, value is created not just for that woman but for the community at large.”

Following the success of her 2018 book “Accessing Grants for Startups” (which was forwarded by former Lagos State Governor Akinwunmi Ambode), Ifedayo founded the AGS Tribe due to popular demand as she kept receiving requests from people from various walks of life, including entrepreneurs and working professionals seeking to improve and build their skill sets and access global opportunities. Sensing a steep knowledge gap, the MBA degree holder decided to take a holistic approach by creating a community that would be a pan-African female-focused network.

To accommodate the growing community, the AGS Tribe was hosted on Telegram which was a fully paid community. “The time on Telegram served as a customer discovery time,” said Ifedayo. “We eventually had to migrate to our mobile application because Telegram was not as supportive and as flexible for what we wanted.” 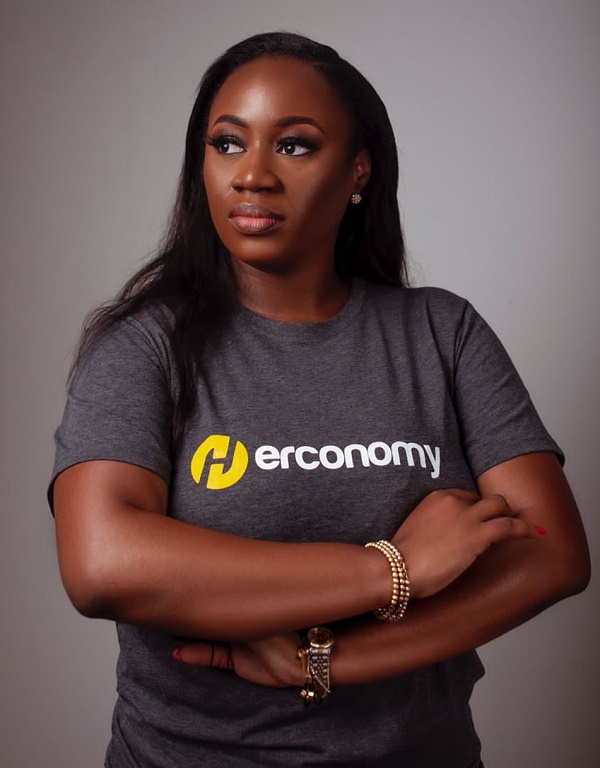 Once their mobile app launched, they knew they wanted to reach even more women, so they introduced a free tier that gave members of their platform access to all opportunities on their platform for free. They also introduced another tier that offered up to a 30 per cent discount on various products and services. These brands ranged from sectors like fashion, travel, salons, spa and wellness, law, and hospitality so, Gold members with Visa cards enjoy services that enhance their well-being. As a result, the AGS Tribe community scaled up and the community snowballed to over 15,000 members by the middle of July 2021.

One of the success stories of the AGS Tribe is Mobaby Care Nigeria, whose founder Mariam Adebola-Salami won a grant of $1,000 in March 2019 and another N1,000,000 in June 2019. Mariam, with the advisory support of AGS, was able to achieve a 10.5% growth in her business in ten (10) months with a customer base appreciation of over 1,000. Subsequently, Mobaby Care Nigeria was able to secure equity investment.

“Some of our members have won international grants, and in November 2021 one of our members, Confidence Stalavey, became an Obama Leader,” said Ifedayo. “Another community member of ours died in an unfortunate incident of domestic violence in June 2020 and as a community, we facilitated a fundraiser, which eventually raised over N26 million which has been placed in an FBNQuest trust fund for education for her kids. The organization does so much to help each other as a community. Another community member successfully secured a job in the UK after attending one of its weekly capacity-building workshops.

Very recently too, through the AGS Savings Challenge, over 500 women were able to save $100,000 cumulatively in 6 months.

This year, they unveiled the Herconomy Cooperative Multipurpose Society, which was described as a first step on the community’s mission to owning a female-focused bank here in Nigeria. To fund the expansion of Herconomy, the community embarked on its capital raising exercise.

In August 2021, Ifedayo shared plans to raise capital for Herconomy on her Insta story, and 130 people indicated an interest in participating. “I had previously spoken with some investors in the past and the vision was lost on them but I knew what I wanted and trusted my community,” said Ifedayo.

Ifedayo had gotten into the Startup Bootcamp, which is an accelerator, in June, so she shelved the capital raising project till September to free up time to work on the business model of Herconomy.  By September, she sent an email to the 130 people who had indicated an interest in investing in Herconomy saying to them that it was time for them to invest. She also attached a google form so they could indicate their investment amount. She then went on her instastory again to say that ‘if you indicated interest earlier, you’ve got mail’.

All of a sudden, more people indicated interest. That list grew from 130 people to 509 people, but this time, with actual figures that they could commit to within the next 2 weeks. To their surprise, Herconomy recorded a massive 11.4x oversubscription as it raised $5.7 million compared to the $500,000 target within 24 hours of its capital raise exercise.

“70 per cent of the funding we received came from our community while the rest was from Venture Capitalists and Angel Investors,”  said Ifedayo. “Due to the minimum floor of $20,000 investment, a Special Purpose Vehicle (SPV) was created to onboard members with less than $20,000.”

The funds, according to the organisation, will be channelled towards hiring an in-house tech team, improving on their product, increasing their marketing efforts and expanding their operations. 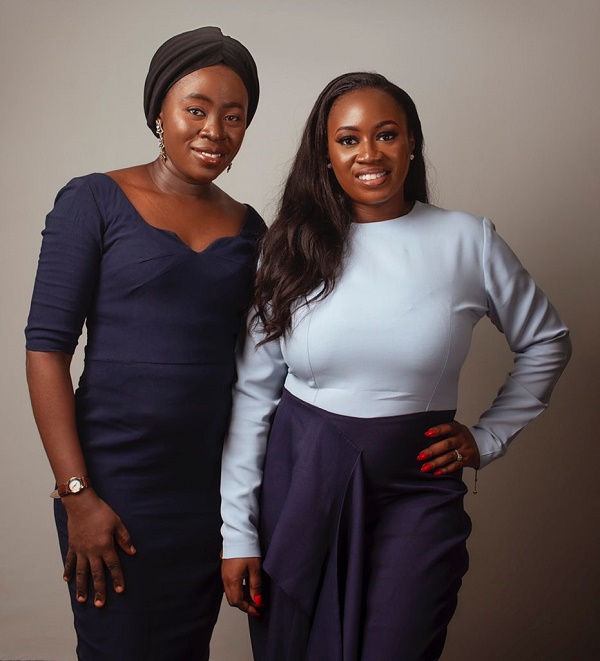 Some Angels who invested in Herconomy include:

This is what some investors had to say;

“I have followed the Herconomy story right from the AGS Tribe days and I have witnessed tremendous growth over the years. Not just the business, but of the founder as well. I have been a member of the community from the beginning so when the opportunity came up to invest, I certainly was interested in deepening my commitment by contributing my own token as an investor towards building a future where women thrive. I love Ife’s passion, doggedness and drive and you know what they say…..you don’t only invest in the business idea, you invest in the founder. Herconomy is the future and I chose to invest in the future!” – Ehi Onwudiwe – Associate Director, Business Consulting, EY.

“Our thesis is that community is very key to the future of consumer fintech in Africa. The company has a very strong community element, and also focuses on creating financial products and prosperity for women- who have historically been underserved with financial services. We like the company very much and are happy to be on this journey with the team” – Olu Oyinsan – Managing Partner, Oui Capital.

The female-focused organisation has also announced it would embark on additional capital raising exercises and is open to interests from investors that share the same vision of women empowerment, inclusion and diversity.

Inspired by the great strides made and the need to consolidate gains for women in the economy, Herconomy is setting its eyes on more audacious and ambitious targets. According to Ifedayo, the upward trajectory of Herconomy will lead to the creation of Africa’s largest digital bank that will be focused on financing women and projects that elevate the status of women in the economy. In the meantime, “Herconomy is committed to enabling women to learn, network, and earn high interest on their savings as they spend. ” said Ifedayo.

About Herconomy
Herconomy is a women-focused community with the goal of enabling women for success and has been doing an amazing job at creating and providing opportunities for women and youths in Nigeria and Africa as a whole. The platform has impacted over 80,000 women through capacity building, mentorship and funding! 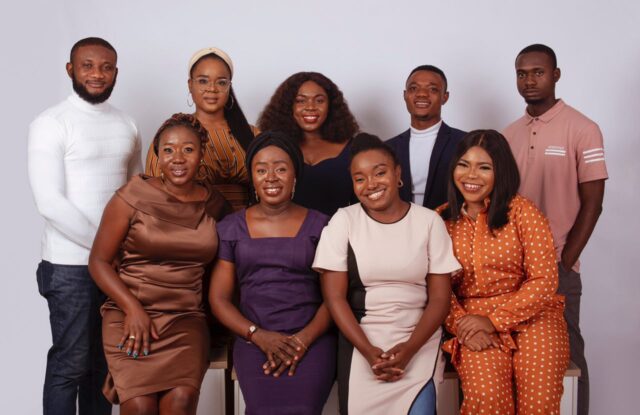 It is also a Fintech platform where women will not just save and earn high interests, but also save as they spend. Herconomy intends to provide more financial opportunities for the (previously AGS) Community. It is a financial service that empowers women to seek financial freedom and learn more about wealth creation. The world is not ready for this!

Herconomy recently announced its recruitment partnership with the giant online retailer, Amazon. This global partnership will open doors for African women to be recruited across Europe by Amazon. This is only the beginning and we want you to amplify this empowering opportunity that can change the lives of millions of women and their families in Nigeria today. 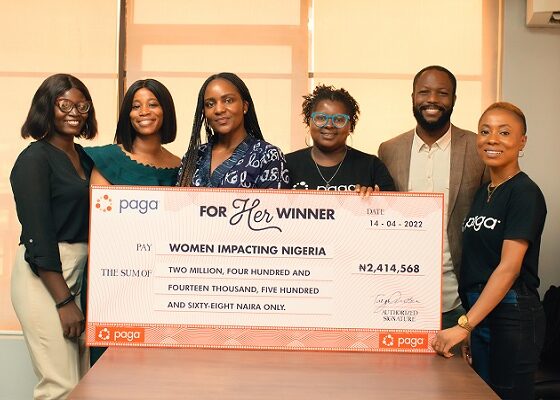 Paga Donates 2.4M To Women Impacting Nigeria Organization After A Month-Long Campaign Called For Her 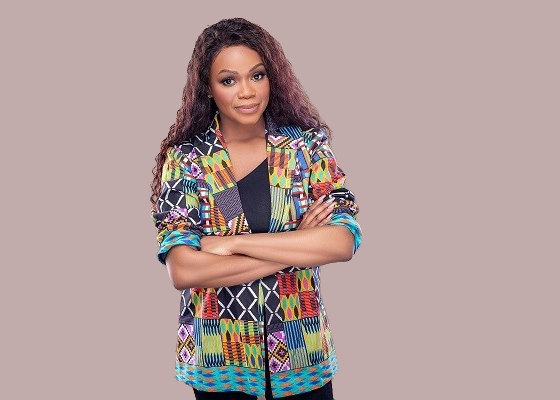 Cultural Style Week Encourages Everyone To Boldly Embrace Their Cultural Heritage Through Fashion, Hair And Beauty 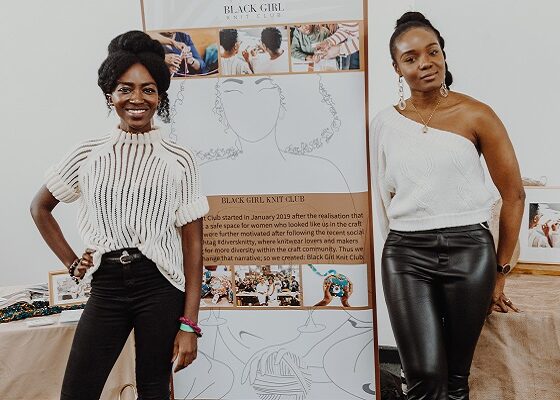 The Knitting Club Empowering Black Women To Unite Through Craft 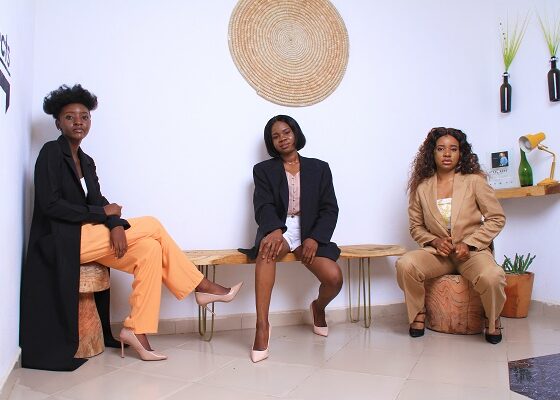 27th Architects: Arc. Linda And Her Team Are Breaking The Bias In Furniture And Tech 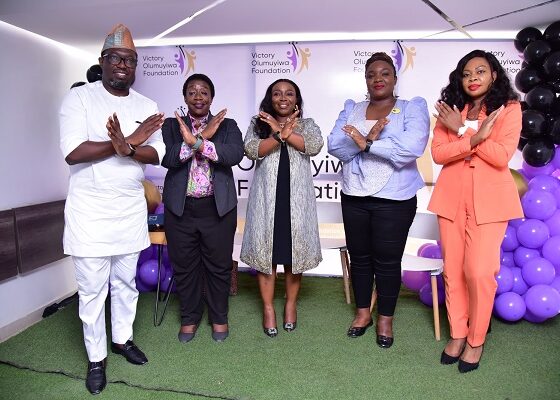 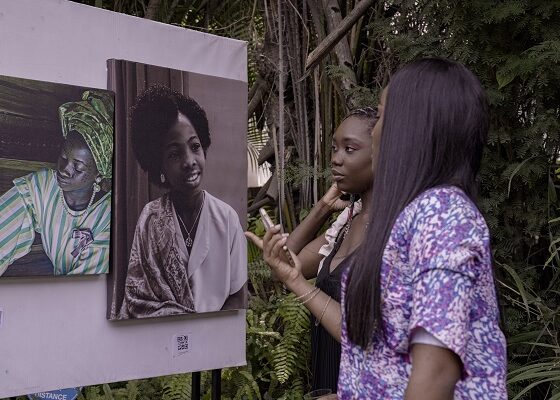 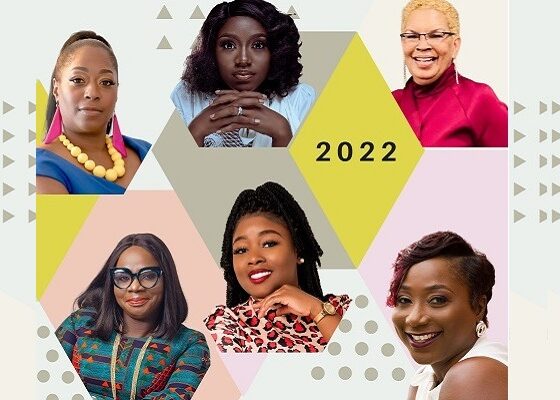 The Who’s Who In Kingdom Business 2022 Digital Directory Launches 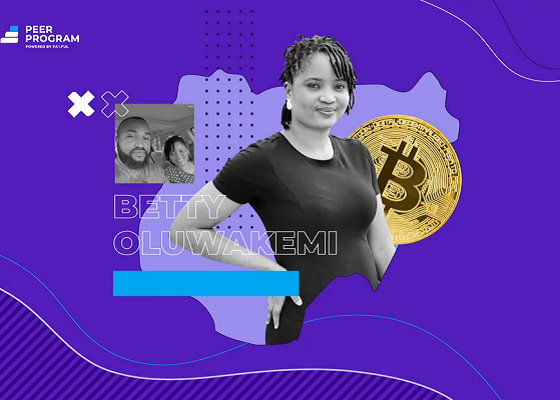 Breaking The Bias: How Paxful Is Promoting Economic Prosperity Of Women